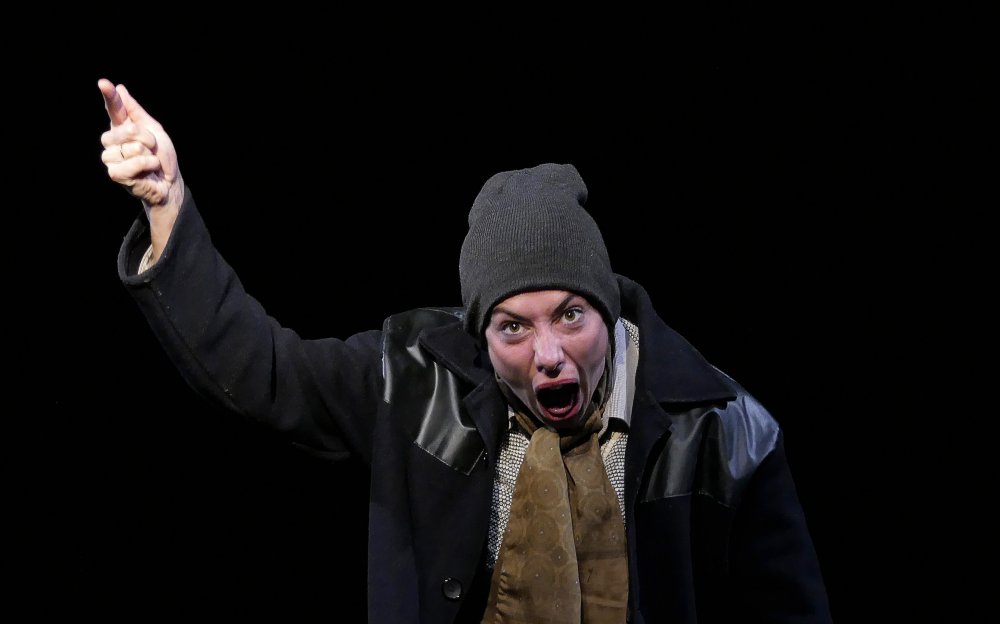 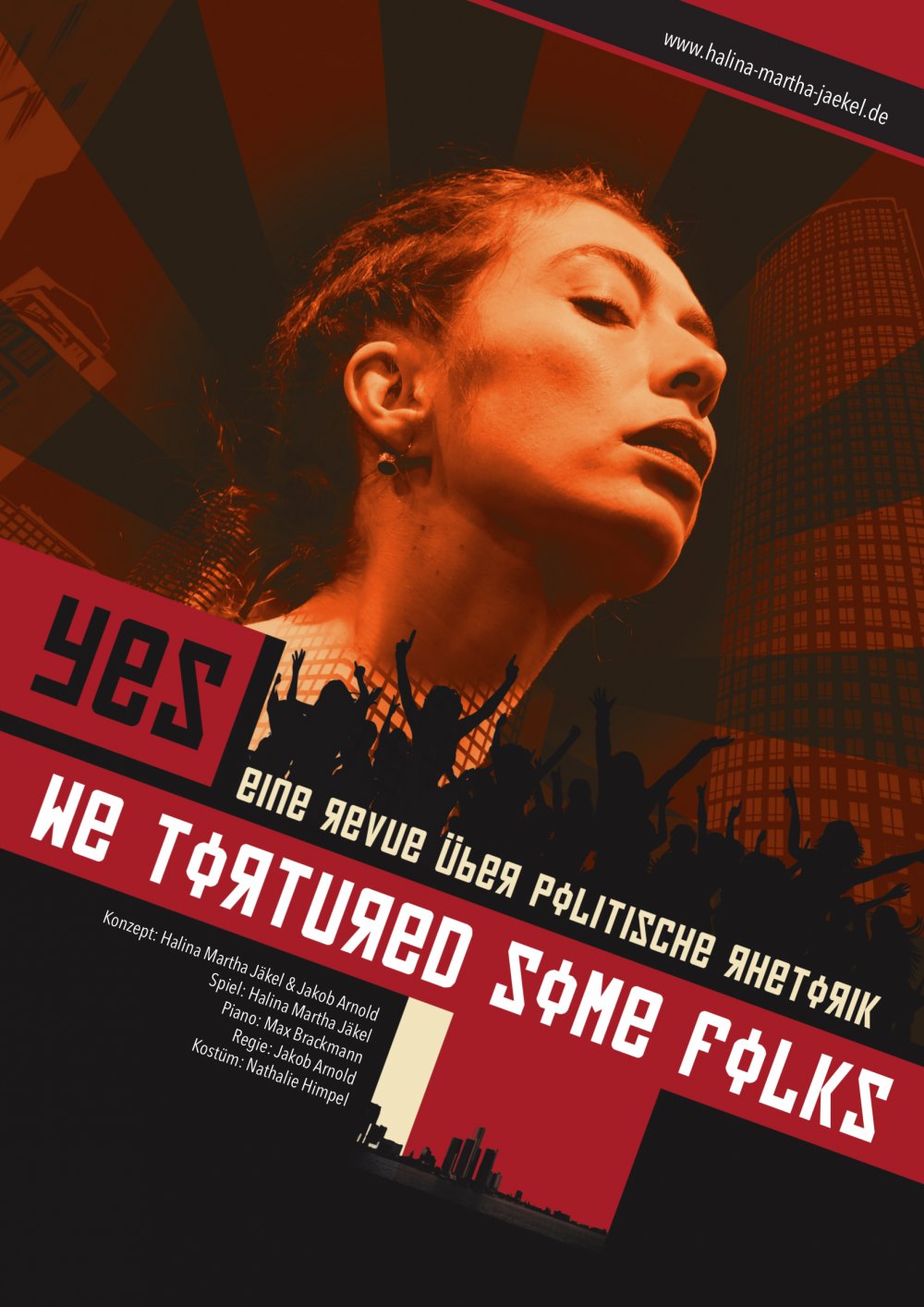 Yes we tortured some folks! Obama, Trump and an old socialist meet on a theatre stage. Sounds like a bad joke, but describes the artistic confrontation with the phenomenon of populism.

In the political-musical-performative one-woman program, we deal with the question of how populism can be exposed in an interesting way.

"Yes we tortured some folks" is a clever and entertaining mixture of acting, music and artistry with Physical Theatre. Show elements meet a sharp presentation of political content. After graduating from high school, she originally aimed to study ?ne arts. But a number of lucky coincidences brought her to Performing Arts and Physical Theatre studies at the Folkwang University of the Arts.

In this interdisciplinary studies she combined her passion for theatre, performance and painting with the joy of exploring new forms of expression. In her own plays, she also combines political and social debates with her passion for writing.

Already during her studies she played in various theatre productions in Düsseldorf, Bochum, Frankfurt, Stuttgart, Karlsruhe and Ramallah.

As a guest she regularly appeared in a production of the Theater Oberhausen in the 2017 / 2018 season. She was also invited to Hamburg for the Young Talent Award of the Körber Studio Junge Regie.

Besides her work as an actor, she develops with her sister, the dancer and musician Hannah Jäkel, various experimental music theatre productions which have already been performed at the ZKM Karlsruhe.

Her entire artistic work is characterized by her unmistakable handwriting, sharp and controversial content and an exceptionally concentrated aesthetic. In her choice of means, she combines video and music elements with physical theatre in an interdisciplinary approach. In this way she creates her own independent form of the performing arts.